Life in a Tiny Trailer - the experience

As I mentioned in the last post about our travels, we spent a total of 55 days on the road and traveled almost 12,000 miles across our beautiful country.  Though we did spend time visiting with friends and family, we only spent 3 nights in hotels and the rest of the time – 40 days – were spent sleeping and living out of our tiny trailer.  That made for a lot of ‘together’ time in close quarters!  Darrell and I have been together long enough (almost 11 years!) to know each other’s quirks and know how to deal with them.  Even before the trip, we spent the majority of our time together so I wasn’t hugely concerned about it.  And we found that as long as we were doing something, driving, hiking, touristing, it wasn’t ever really a problem.  Of course by the end of the trip we were ready for some alone time! 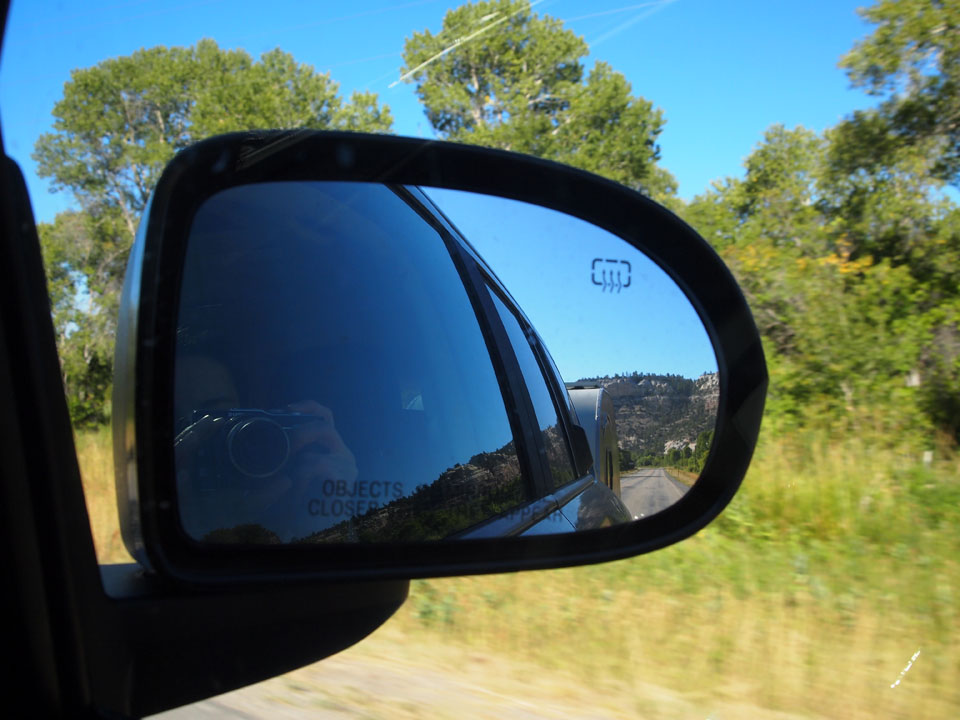 Overall, life in our tiny trailer was pretty easy.  Before we left, we put a good deal of thought into what we would be taking with us and were it would live, either in the trailer or the car.  By doing this, we knew what we had, were it was and how to keep things organized and neat, which was crucial to both of our sanities.  When things are organized you can find them and avoid fights about where things are and “why didn’t you put it back properly!?!?!”  Both of us spent time almost every day re-organizing the car too.  Though we tried our best to keep things in their proper places… things tended to pile up rather quickly.

We also had specific tasks throughout the trip which helped too.  Darrell did the majority of the driving because A) he is better at it than me and B) I was a far better navigator!  We divided cooking pretty evenly and whoever cooked got out of dish duty after the meal.  Darrell would usually set up the campsite when we pulled in and I would usually pick everything up before we left while he made breakfast and coffee.  My major task throughout the trip was keeping our trip box, journal and receipts up to date and in order – paperwork is something I’m quite good at!


On the trip we got quite a few questions from people when we stopped for gas and at campsites.  The two most common were: ‘You sleep in that?’ and ‘Where’s the bathroom?’  Sleeping in the trailer was actually really comfortable!  The mattresses that I made provided just the right combination of squish and support.  Overall, when the bed was made up, it was just slightly smaller than a full size mattress so we also had plenty of room.  We also designed the trailer in a way so that you could comfortably sit up, kneel and move around without feeling cramped.  As far as the bathroom question, we always thought that silly.  Every campsite we went to had facilities and a few even had showers.  Granted, sometimes we did have to wait a few days between showers, but then we could factor in a stay at a KOA if we were desperate.  Besides, there’s something invigorating about washing your hair under the freezing cold water of an outdoor water spigot! 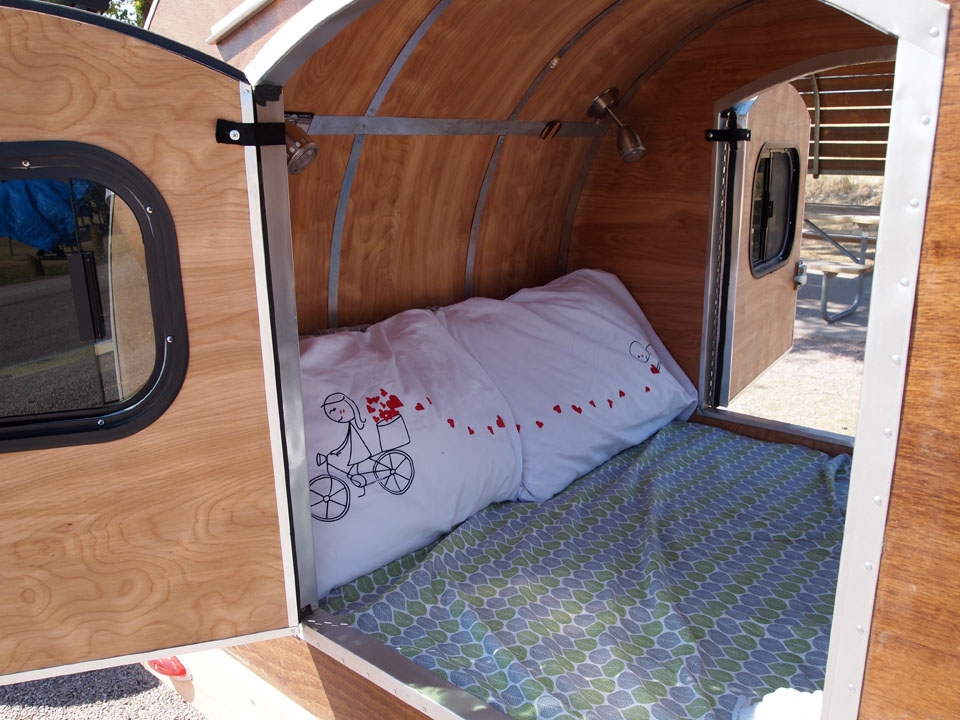 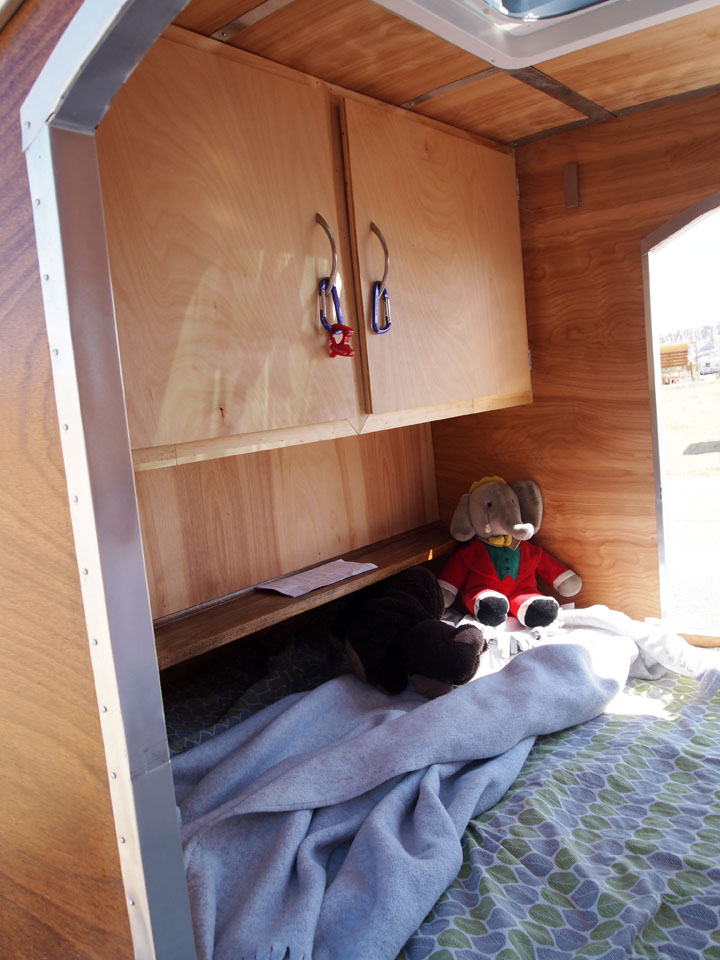 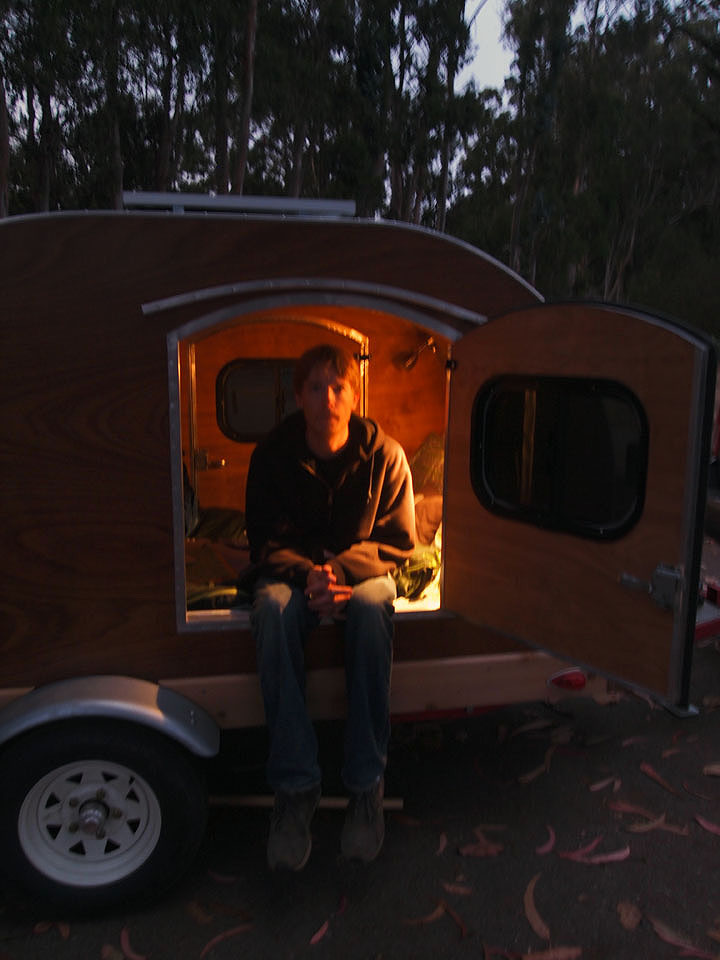 Probably one of my favorite parts of the trailer was the galley kitchen.  When we used to go car camping before the trailer, I hated having to drag out the box of cooking gear, set everything up and try to cook on often old and grody picnic tables.  With the trailer, I had a clean counter (at a wonderfully comfortable 3’ high), cooking tools ready at hand and a small sink to do dishes in afterword.  It was so nice not having to pack everything away at the end of the night – just shove it in and close the hatch!  It did take a little getting used to though.  It was small and once you pulled out the stove and had things cooking, most of the counter became inaccessible to work on.  We tried to order our cooking in such a way that all of the prep work was done first before we pulled the stove out to cook.  Also, because it was small, everything had to be put away properly or else it looked like a bomb went off inside.  Small messes look much bigger in tiny spaces! 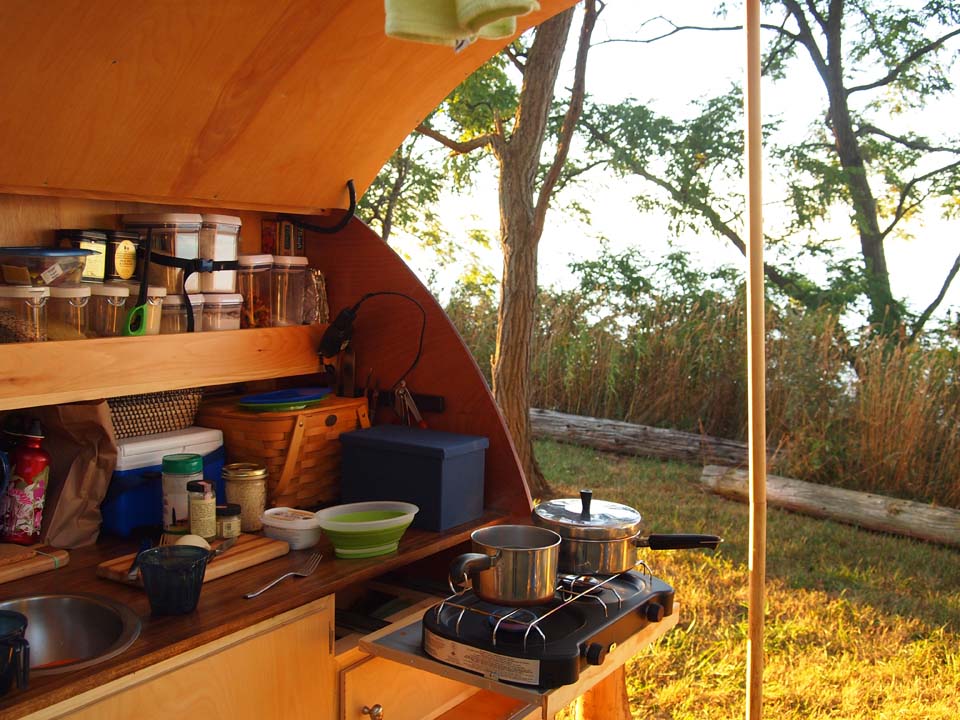 By the end of the trip we had figured out our groove with the trailer and it really felt more like a home than just a camper.  Sure it got frustrating having so little storage space and having to pick up all the time, but it made the trip so much better.  I know I would never have lasted two months if we were using a tent!  Plus, at the end of a long day of hiking, driving or whatever, lying in the camper at night felt so comfortable, homey and secure!  I love sleeping in a proper size bed now that we are home, but every so often I do miss the coziness of our little trailer and am looking forward to the chance to use it again!

A young couple looking to find adventure and craft a more simple life. 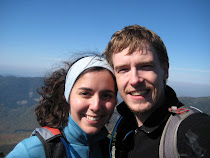